The Himalaya Museum was established in 1987 under the auspices of the Department of History, Kumaun University, Nainital. It was inaugurated by Prof. Yashpal, the then Chairman of the University Grants Commission. Since its inception the museum has been actively involved in the task of collection, compilation recording, and documentation. It has put up many important exhibitions in various places, including the university campus, and has organized a number of seminars and conferences, the assistance of the Department of History. The Museum building exhibits important document related not only to the archaeology and History of Uttarakhand but also to its folk literature, regional journalism, agricultural implements, coins, household articles, musical instruments, Personality, People, Documents and the independence movements.

Household articles:- Various household articles which were commonly used in the region including a wooden kneading dish or pavo, bisavo, daunkali, thhinka, a mackintosh fashioned out of malu leaves, wooden casks or thhekis, used for storing ghee and salt.

Therefore, a visit to the museum will provide visitors with a panoramic view of Uttarakhand’s march of development, from ancient times to the modern age.

Museum will close on Sunday and other holidays mentioned in Unversity Academic Calender. 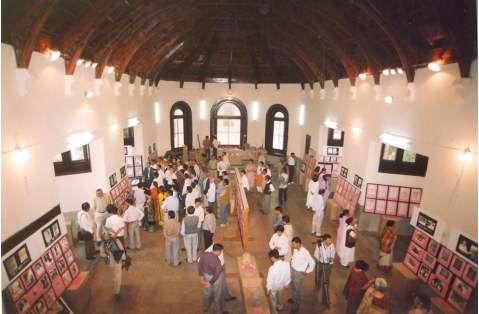